Since construction is generally a risky business, emergencies are bound to arise. Workers can find themselves in dangerous situations without any immediate means of communicating with other team members. This can lead to disastrous consequences. In large worksites or warehouses, this can be especially dangerous because some workers may enter an emergency without any point of contact nearby. This is why it is imperative for construction managers to implement an effective and efficient safety communication protocol. By ensuring that an effective communication protocol is in place during emergencies, managers can ensure that all workers remain informed and prepared when a crisis strikes, be it a natural disaster, injury, or another unexpected event.

Here are some communication best practices companies should use in construction emergencies: 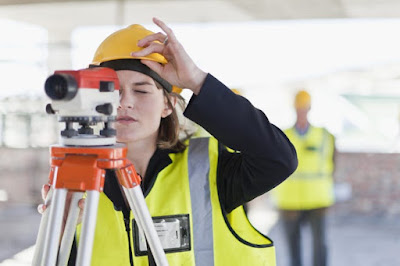 Most project managers provide their workers with some type of portable device. Usually, this mobile device is a cell phone. Although cell phones are very effective for normal communications, they may not be able to provide the required speed in an emergency. Whether a worker gets into a dangerous situation or tries to warn other team members of imminent danger, the use of voicemail and call tones can cost him precious minutes. So the project manager must provide their workers with two-way radios. These radios are the most effective way to communicate in an emergency because they provide a direct line to other team members who need to be informed of the issue at hand.

Two-way radios also come with many other valuable emergency features, such as the Man Down feature that allows radios to detect if there is a lack of movement if the radio is in a horizontal position. This basically indicates that the worker has broken down. Generates a chirp that notifies nearby radios that an error has occurred. Moreover, these wireless devices contain an emergency alert button that allows workers to send a network-level alert in an emergency with a simple push of a button. This feature is especially useful in situations where hazards such as fire, incoming natural disasters, or suspicious personalities may exist on the job site.

If the job site is more contained, a PA system may be a more efficient way of communicating with emergencies. This system allows managers and operators to send a group announcement to employees on the job site at imminent risk. There are many PA systems with a range of up to 2 miles, which makes them work even on outdoor job sites. However, it is very important to restrict the protected area system’s access to the relevant departments, such as human resources or administration, to avoid false alarms.

Encouraging a “buddy system” among employees

Project managers should foster a buddy system among their employees to improve job site safety. Buddy system is critical when it comes to emergency communication. On hazardous construction sites, workers who have to perform hazardous tasks should be encouraged to do them with a partner. A co-worker is essential in situations where one worker is in an emergency situation, as that other member can return to management for help.

These devices can be clipped easily to the hip or wrist. Being unobtrusive, GPS wearable devices allow workers to easily follow their work without interference, and they also help managers track their workers’ whereabouts. They are useful on larger construction sites, especially if a worker radio alert is received. It allows project managers and the team to easily locate the worker at risk, thus reducing the risk of more devastating consequences.

How to Build a Strong General Contractor-Client Relationship?

4 tips to keep your construction project on track

Do You Need Bathtub Refinishing?

How do you choose the right contractor for your project?
You should do a 5-step process for your restaurant in the USA
Comment

How to Build a Strong General Contractor-Client Relationship?

4 tips to keep your construction project on track

How do you choose the right contractor for your project?